Spoiler alert: I was REALLY good at it, until I became REALLY bad at it 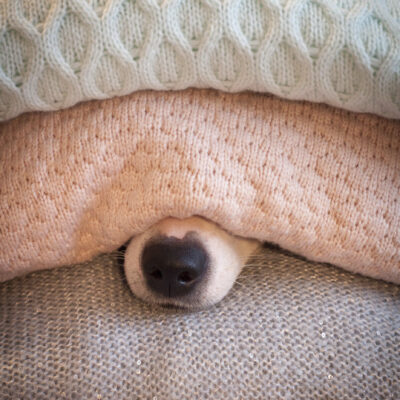 This story discusses how it used to feel powerful to hide my PTSD, but when it was triggered badly I realized I could no longer hide. It references symptoms to PTSD and acknowledges that I was sexually abused by my father.

“So, let me get this straight. Either I tell the CEO of our women’s rights organization that advocates for a women’s right to privacy the very personal reason why I haven’t been cheery lately or I am getting demoted?”

Yep. That’s pretty much it, confirmed my deeply apologetic supervisor, nodding while ugly-crying.

I was still doing the cry de résistance, one of the more pathetic types of crying because you are trying, in vain, to not cry, even though it’s so obvious you are losing the battle as tears roll down your face and your voice shakes.

I needed to understand what in the actual fuck had happened in the past 10 minutes since I walked into the conference room armed with a yellow notepad full of reasons why I deserved the raise I was expecting.

And all I could gather from my supervisor was that the CEO, a 50-something white straight man who had been running our organization for the last decade, had noticed that I seemed less enthusiastic and engaged these past weeks. My supervisor assured him that it was just a personal matter I was dealing with and that my work was great and after the upcoming vacation I would be back to my old self.

What was it, the CEO had implored my supervisor, did my mom have cancer? What was the personal problem causing me to be less chipper? My supervisor, a human being with basic decency and professionalism, told him it was a private matter which is when he laid out his ultimatum: either my supervisor was to tell him “what’s wrong” with me or he takes it as a sign that I don’t really want to be there and he will demote me.

So, cool cool. I mean, that’s illegal. OF COURSE. But I had a sick job that let me travel internationally I was really good at it, and fuck if I wanted to search for another job, I hadn’t even updated my LinkedIn profile since I took the gig a year earlier. 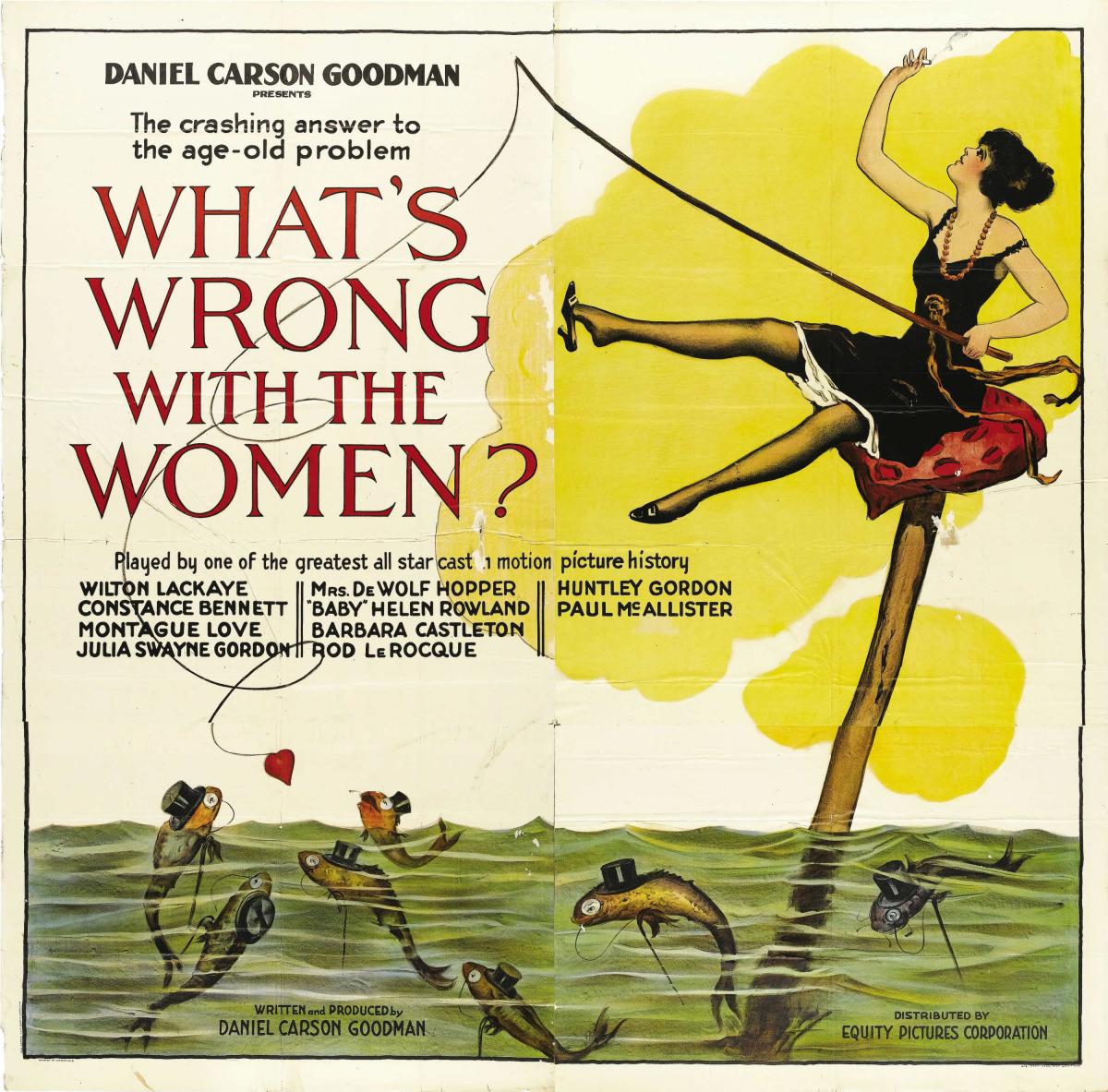 Psst, over here, you all get to know why the fuck I wasn’t so cheery those months, even though that piece o’ shit CEO never got the satisfaction of knowing my very personal business. You can probably guess it, my dear old friend PTSD had reared it’s ugly head and I had done everything in my power to hide my condition for months from my colleagues and appear as delightful as ever.

It’s how I had always learned to do it. I had a literal lifetime of hiding my trauma, of being this super high-functioning person. My broken-ness was mine, and I felt powerful knowing that no one even would guess around me that something was wrong.

There were days that I woke up crying from the night terrors my alarm had just interrupted, and while still crying, would put on a Ellen Tracy boring corporate dress and walk my ass the 8 blocks to work. By the time I made it to the office I was ready to smile and provide funny commentary in the kitchen about the latest episode of Game of Thrones, then settle in at my desk and generally kill it at my job.

On those days that I woke up crying, all that could propel me forward was getting off on this idea that the people around me had no idea of the horror I was going through. That if they found out, which I knew I would never let happen, they would be so amazed by my incredible strength. I had created my own definition of strength that I had to believe in order to get out of bed every day. For me, being strong meant knowing I was the only person in the room who knew what I was going through. For me, being strong meant hiding.

Cracks in the foundation

But something had begun to change the last few weeks. I was in the home stretch of one of the longest periods of “faking it” time I had ever endured. It became increasingly difficult to hide my trauma when I was overseas with the CEO, with so much time spent together with minimal privacy.  For the first time ever, I went through a workday where I could not muster a single smile. But the travel was done for a few months and I believed that with a little quiet time I could put back on my happy face, as I had always been able to do.

So I didn’t understand what in the hell was going on here. Give a gal like just a few days to like take a goddamn breather before threatening demotion because i’m not smiling enough, amiright?

My supervisor, still trying to find love in a hopeless place thought the problem could be solved by me just giving the CEO a little insight into what had been going on with me personally, in order to buy myself some time.

I’m proud to say that after all these years of therapy, I now know how to recognize when I feel unsafe and need to protect myself.  So hell no was I going to tell this hypocritical misogynist why I hadn’t been smiling lately. I trusted this man to not misuse my diagnosis of PTSD as much as I trusted “just the tip” as a method of contraception.

I knew violating my own sense of safety to save my job wouldn’t actually save anything. Aside from it being hugely triggering, the CEO would use it as the excuse he was seeking to say that I couldn’t be trusted to be sufficiently cheery and engaged.

As an aside, you, reader, point to a man who had his job threatened because he wasn’t smiling or cheery enough and I, writer, will show you a unicorn vomiting up gender equality. 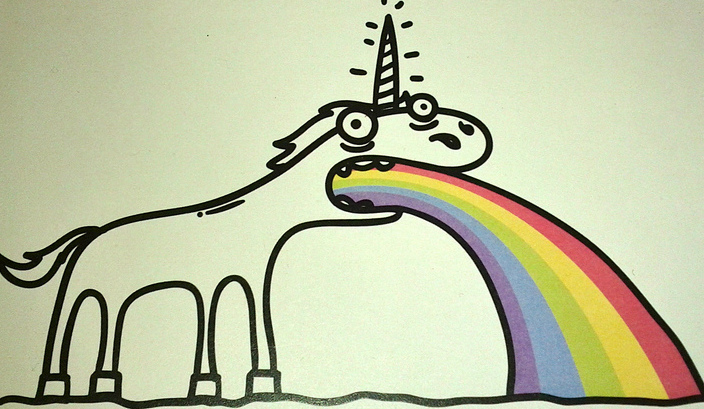 LET ME AMAZE YOU

While I was still in shock, if I had learned anything from years of feeling unsafe it’s when it’s the time to get the fuck out of somewhere.  And since I knew my time there was over, I was going to tell my ugly-crying supervisor the truth of what I had been going through. If I had no job, at least I could bask in her awe as I revealed what I had been hiding,  just like I had imagined all these months.

And so I told her everything. About being an adult survivor of child sexual abuse at the hands of my father, about how my sister wanted that same father present at her wedding and that I had to fight with all I had not to let that happen, that as a result, my dormant PTSD came out in a rage I had never experienced before, all the while working for a man who misused power and had a level of narcissism that triggered memories of my father.

And then I waited…

Here it was going to come, her amazement of my strength, of how happy funny bubbly Alisa is also the strongest woman in the world….

And I waited for it….

…And waited for it…

There was no look of admiration. Instead, I saw horror and heartbreak draped across my supervisor’s face. She was terrified that I could be going through all that and that she didn’t know. She was so sad that I didn’t come to her, to ask for help or support, because she cared a lot for me.

I kept trying to explain it to her that she had gotten it all wrong.  It wasn’t a matter of not thinking she cared for me, but like this is what I do. I amaze people with my strength, NOW BE AMAZED.

But she wasn’t the one who got it all wrong.

Wait, this is the worst round of applause ever

Is this what I had been imagining all these days of pain, that when I would reveal my truth it would somehow feel good? How could I have not seen that people who cared about me weren’t going to be impressed by my hiding, they would be devastated by what I was hiding?

In that moment, I knew my job was gone, but what scared me more than that was that this fake truth I had been telling myself all these years that kept me together in the darkest moments was a lie. Hiding didn’t make me strong and hiding didn’t impress people. It brought me no praise or joy. It was fiction that I had told myself to cope all this time. And now it wouldn’t work.

The next morning I returned to the office and overheard the CEO yelling at my supervisor because she continued to refuse to tell him what was going on in my personal life. He ordered her to send me home for the week. I resigned within 36 hours and reported him to a member of his board of directors.

I had the extreme financial privilege to be able to walk away from an abusive and illegal working environment, and fuck if I was not going to exercise that privilege now.

During first couple weeks after I quit, I would replay all the times in my head I could have maybe inserted a smile where I didn’t, like some sexist office Mad Libs that only a woman would be forced to play. But that went away after a few weeks, and what I was left with was the overwhelming question of what would make me feel strong again if hiding wasn’t it? 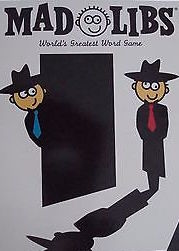 It was the final straw in me shedding every last coping mechanism I had relied on for the last 27 years. It’s scary to feel like all the old ways don’t work anymore, and to not have yet figured out the new ones that do.

It’s been te  months since that day in the conference room and I’m still working to discover what makes me feel strong and ambitious, like the boss ass bitch I want to be. As of today, all I’m sure of is, fuck it, I’m done hiding. And that’s enough for now.

Want me to come speak at your event or facilitate a workshop?

I travel around the country giving talks, facilitate workshops and engaging on panels on the topics of healing from sexual trauma and supporting survivors. I promise, it’s more fun than you’d think.  I’d love to speak at your event! Just shoot me an email through my contact page and we can talk about working together.