When Trump is Your Trigger 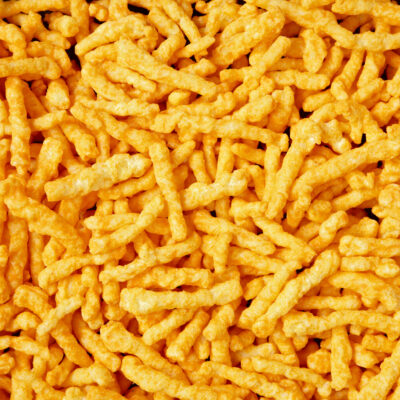 It’s been just shy of a month since the Cheeto-American Disaster began and boy has it sucked. There are so many important ways the last month has changed people’s lives and their sense of safety.

I write this piece as a white, cis, hetero, financially privileged person. These privileges dramatically affect my ability to be safe and I understand that many survivors hold identities (such as being Muslim, undocumented, queer, black) that make them more unsafe and in danger under a Trump Administration.

Trump is my trigger, and I know I am not alone

Speaking as a survivor of child sex abuse at the hands of my father, it is about time that I admit to myself, and to you all, that Trump is my trigger. The same way that an email from my estranged father or the smell of chicken cacciatore can trigger my PTSD, Trump triggers my PTSD in a way that makes me feel just as traumatized as I did as a child.

I know I am not alone. So many other survivors have confided in me that their trauma resurged during the election and has not subsided since. But there’s also this overall sense that we should stay quiet about it. Perhaps the world has taught us that we should stay silent about our pain or we’re just overwhelmed by all of the bad shit happening to millions of people right now. Or maybe, and I think this is the case for me, it’s hard to explain what it means to be triggered and how it is different from the feelings of outrage and fear experienced by many of our friends not living with PTSD.

And I think some of that also comes from a misunderstanding of the difference between being triggered and being angry or scared (which are important and valid feelings). It’s at this time that I’d like to clarify what I mean by triggers because “trigger” has somehow penetrated popular culture yet is often extremely misunderstood. A trigger is something that sets off a memory tape or flashback transporting the person with PTSD back to the event of their original trauma.  When I say trigger, I’m referring to a neurological reaction that I have no control over; even years of practice, have only helped me control what happens after the reaction.

The difference between being triggered and being angry

So here’s the real quick and dirty of what happened to me. Grab-Them-By-The-Pussy-Gate happened, and I watched the video without any warning of what the video contained. It took a few days for the trigger to fully take hold of my nervous system, but within the next week I became simultaneously terrified of my bed and unable to leave it. I had to have my boyfriend or mother with me at all times and spent what I think was five days (my brain has suppressed most of the memory of the experience) drugged up on Xanax trying to recover.

And then the worst fucking thing happened: he won the electoral college.

I share my experience of being so badly triggered by Trump not to illustrate all the ways that Trump is harmful for me and the people I love, but because I know that this is one way many survivors are both vocally, and silently, suffering at this time. I see you. Your pain is real. And it matters. And so I offer some strategies to you, and to myself, on how to cope in a world where the president triggers our PTSD. If you have any strategies that have worked for you please share them with me, either @healinghonestly or by emailing alisazipursky[at] gmail [dot] com.

Six Strategies for Dealing with Trump as a Trigger:

Prior to Grab-Them-By-The-Pussy-Gate, I had avoided pretty much ever hearing Trump’s voice. For every debate, press conference, or other public address, I was able to just read transcripts. And, since being triggered, I have successfully avoided hearing Trump’s voice again.

Don’t get me wrong, I live in DC, which is basically one big Trumpster fire, and I follow what Trump is doing very closely. But every time I want to know what he’s up to, I just shout to myself: “I JUST READ TRANSCRIPTS, YA DUMMY.”  When I read I can skim, skip and stop it at any time, which means I am in control. It’s been surprisingly easy for me to avoid his voice, but it does require the willingness to get up and leave if I’m somewhere with a TV on. This became a lot easier when I shared my plan not to hear Trump’s voice with my friends and family, which leads me to my second point:

2. Make it easier to ask for help in the moment

I know for so many of us survivors, we are the masters of plastering on a smile and pretending we are okay. But because of that, people often can’t tell that we’re struggling.

This is why I’m working on being as clear as possible about enlisting help from the people in my life, which includes developing strategies for letting them know I need help. It’s like having my own bat signal that I can send out to my people saying “Hi I’m being triggered and need you to help me get out of this place or come be with me.” It can be coded or explicit, but I know it needs to be as clear as possible.

I’m fully aware of how crazy this sounds, but a very close friend and I text the words “Everyone’s being a dumb whore” to each other when we are having a hard time and need each other. It’s our bat signal. Find your version of “everyone’s a dumb whore” to share with the people in your life because anything we can do to make it easier to ask for help, the better.

3. Don’t let anyone tell you you’re overreacting. This is actually really bad.

As survivors, many of us are conditioned by the world we live in to ask ourselves, “Is it really bad enough? Am I entitled to feel this shitty or am I overreacting?” And I try to answer that question with myself as clearly as possible; this feels wrong because it is wrong.

I know I’ve said it before and I’ll say it again because it’s so eloquent: This sucks. A lot. It is hard for us, and that doesn’t mean we are weak or we need to “get over” something.

A man that, for many of us, reflects the behaviors of our abusers (narcissism, megalomania, emotional immaturity, and a lack of regard for human life) holds the most powerful position in the world.

For myself and other survivors of incest, the horrifying way he speaks about his daughter Ivanka is not some dinner time joke or a meme-worthy picture, it is our fucking lives and our lived nightmares. And dear reader, as you know, I love using humor to express my pain, but I have failed to find a single one of those memes, gifs, and jokes to be funny. It is my goddamn reality. 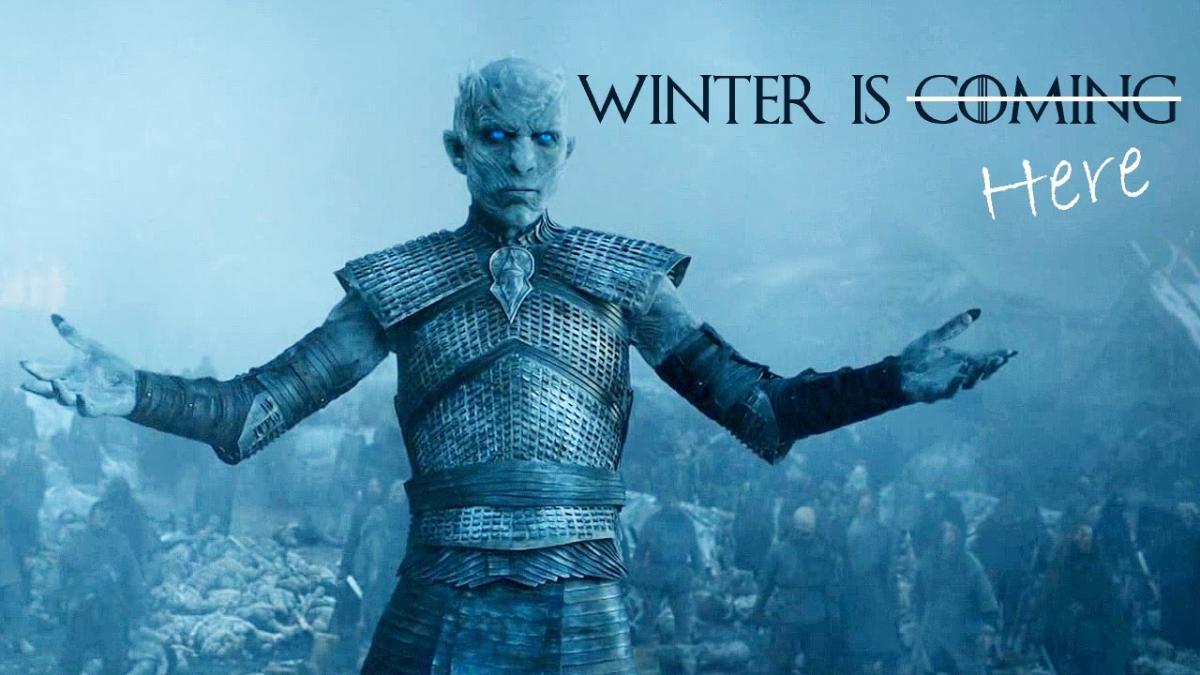 And while there are lots of awful things his election says about our society *cough* racism *cough* the one that hit home for me, as a survivor, is my confirmed suspicion that so many people frankly don’t give a shit about holding perpetrators accountable, and don’t give a shit about sexual violence in general, including other women (Fun reminder: 53% of white women voted for Trump. Cool ladies, cool).

I feel like it’s Passover and I’m shouting Dayenu (Translation: “it would have been enough”) to each of these transgressions. For so many of us, we have struggled for our pain to be heard and for our perpetrators to be held responsible. And not only were his victims invalidated, but Trump was rewarded with the highest position of power in the world.

4. It’s time to practice that oh-so-important self care

And since it is so bad, we have to take care of ourselves. I have found creating boundaries to be helpful, like putting limits on what hours of the day I read the news or will be on social media. I have also been vigilant about going to therapy every single week, in addition to giving myself permission to escape via Netflix as much as possible.

A huge part of my self care is boxing. I find my inner peace through beating the shit out of things. It is also no coincidence to me that my boxing gym has never been as crowded as it’s been post-inauguration, specifically noting that the number of women members has more than doubled in the past month. Here and here a some good articles on self care and here is a great podcast that discusses it too.

5. Engage in a resistance action with others

Now is the time for all of us who care about social, gender, economic, racial, environmental, and indigenous justice to fight back, resist and take action. I think we all know this. (I hope we all know this?)

But what I have been delighted to learn within my own experience is that when I participate in a resistance action, it actually helps my PTSD stay at bay. It’s been an incredible gift over the last few months of my life to see time and again, when I feel my PTSD creeping up on me, that I can keep it in check by attending a protest or a community organizing meeting. 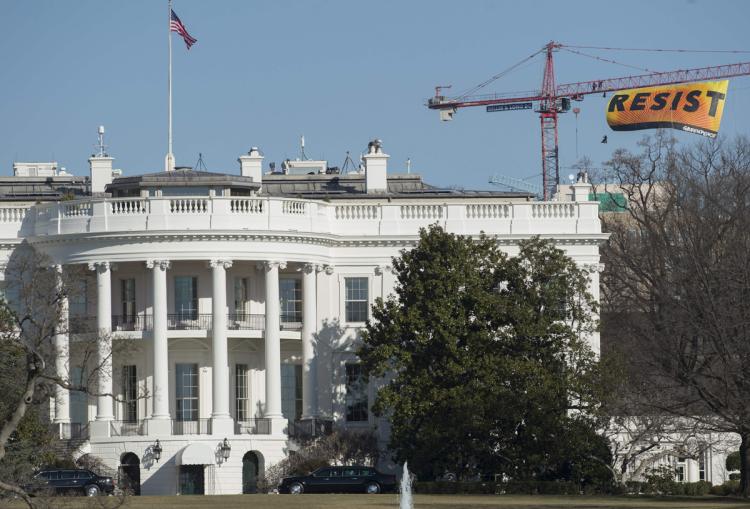 I have found, in particular, great power in participating in, and standing in solidarity with, communities I am not actually a part of.  For me this includes the Movement for Black Lives and the immigrants rights movement (Text “Heretostay” to 877877 to join the United We Dream network and connect to actions in your city). It gives me a feeling of togetherness and collective power. Most of all, it reminds me that I am not alone in my fear as well as my power.

Also, yelling at the top of your lungs in the middle of the street is so liberating. Give it a try if you haven’t yet.

Sex can be complicated for us. I half joked/half truth-bombed that I thought I wasn’t going to have sex during the Trump Administration. (For the record, I’ve had sex once since inauguration, and it was real good; but ugh, I have not felt like it at all since). For so many of us, sex is wrapped up in experiences of feeling unsafe, and because Trump is such a trigger, now is a time we can feel very unsafe.

I think now is a really good time for us to turn inward into our own sexuality and be hyper attuned to our desires and wants. For me, that has meant focusing more on my own pleasure and working on a healthy sexual relationship with my own body. Even though I am in a relationship, I have focused more on trying to feel a connection to my own sexuality than to me and my partner together. I am hopeful that it will ultimately lead to a path where I can feel safe enough to want to have sex with another person. But today I’m working on just feeling safe with myself, and that’s enough for now.