Why you should never say a girl has “Daddy Issues”

This story may contains a discussion of slut-shaming and why saying someone has “daddy issues” can be so harmful.

I’m back with my weekly YouTube video, and this week we are talking about why you should never say that a girl has daddy issues. I talk about why that term is so harmful and how it’s impacted me directly, how How I Met Your Mother completely messed with my head, and how I like to respond to people who say a girl or womxn has “daddy issues”. You can watch the video, or read about it below!

Why does being told I have daddy issues mean so much to me?

Today we’re going to be talking about why you should never say that a woman or girl has “daddy issues.” We’re first going to talk about why that language is so incredibly harmful, and also some ways that I have responded to people saying that a girl has daddy issues.

So, why does it mean so much to me? I am a survivor of childhood sexual abuse, and my father is who harmed me. So, when people say a girl has daddy issues, I feel like they’re speaking directly to me about me. I know I’m not alone in feeling like this. I’ve heard from hundreds and hundreds of survivors who said explicitly that the idea that they have daddy issues makes them feel even further isolated and stigmatized.

We know that the numbers support that so many of us have been through this. Not only do so many of us have traumatic relationships with our father figures, but we actually know that of all of the people who experienced child sex abuse as children, who were harmed by an adult, that 80% of the time that adult was a parent or a parent figure.

I know I’m in really good company in terms of how many people are affected by these casual conversations of dismissing women and saying that, “She has daddy issues.” It actually bothered me so much that when I first launched Healing Honestly four years ago, the first thing I wrote about was a story called “Girl’s Got Daddy Issues” because I was so tired of being told that I had them and realized how harmful that that language had been in terms of making me feel silent and like I couldn’t speak up about what I had been through, and it just made me feel really ashamed, like there was something so, so wrong with me.

One of the reasons why saying a girl has daddy issues is so incredibly hurtful and harmful, is because it immediately takes what we’ve been through as survivors and says that it’s our fault for how we survived that. By saying a girl has daddy issues, the responsibility is now on that girl. The responsibility isn’t somehow on the father figure who deeply, deeply harmed them that they had no control over.

Somehow, it’s the girl’s fault for just surviving and existing .For me, I felt that really deeply when I confided in who I thought was a friend about surviving childhood sexual abuse and my father, and at that time, I was going through my own little sexual revelation of finally feeling in control and in my own body, and feeling capable of having sex and enjoying sex for the first time in my life.

He said in this deeply patronizing way, “Well, you better be careful, Alisa. You’re behaving like you have daddy issues.” It was such a way to make me feel immediately silenced. Even though in my gut I it felt so right to feel control over my sexual agency that, obviously that I must be wrong and I should actually be ashamed of what I’ve been through and what I’m learning to heal from, and I better be careful or else I’m going to be one of “those girls,” whatever the hell that means.

Slut-shaming womxn and shaming the way we survive

We all lose all of the time. So, another reason why saying a girl has “daddy issues” is so harmful is because it’s, course, like shaming. When are men, and it is almost always cis men saying that a girl has daddy issues,  what are they really talking about?

They are really talking about a girl who, is easy and will sleep with you quickly because she needs validation from a man and she’s going to get that in a sexual context. Where I felt this was particularly harmful was when How I Met Your Mother was super popular and the Barney Stinson character played by Neil Patrick Harris would say, like, and I noticed, nearly every episode, that he was seeking out a girl who was behaving like she had daddy issues, and he was doing that because, in his mind, it would be easier to sleep with her. 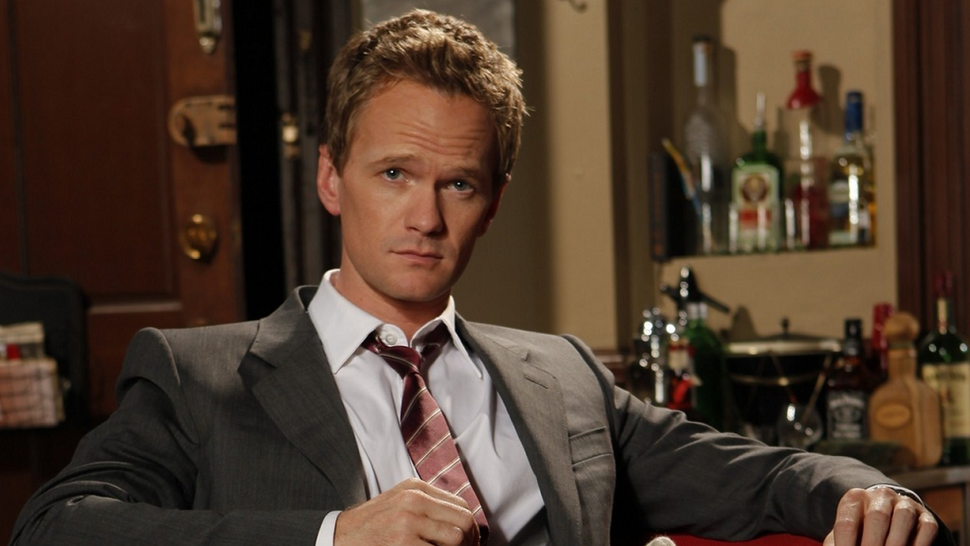 We’re the girls that you use and discard because we’re so desperate and begging for you as this man to give us some sort of attention, which is just, at its root, so misogynistic and problematic. For me, the slut-shaming was really harmful because I actually found great healing in sex.

Being shamed by that made me feel like, “What I’m doing, even though it feels right in my gut and it feels like healing to me, it must not be, because how can I even trust myself? How can I trust what I want in my sex life if, really, at my core, is just that I’m, like, this messed up, damaged goods that isn’t really capable of trusting her own judgment?”

People talking about girls with daddy issues felt like they must be talking about me, and it made me really afraid to disclose to people in my life that I was a survivor, especially in dating and sex. Even when I felt otherwise safe disclosing, and I actually wanted to share with a sex partner, I felt like I couldn’t because I was admitting to them that somehow I was damaged, and not worthy of being present in that moment, and not full of the agency that I am in making decisions about who and when I have sex.

We see this slut-shaming, too, especially when we think about how so many people talk about people who engage in sex work, and I should mention this is a pro-sex-work channel, In Healing Honestly, in this family, we support sex workers. You hear people be like, “Oh, well, she must be doing that because she has daddy issues.”

It is just another way to judge women for surviving and judge them for healing. And it’s so unfair and deeply hurtful.

When I was dating, I felt like I was not worthy or capable of a healthy relationship. It made me feel like love, and relationships, and intimacy weren’t available to me because I wasn’t done healing from my traumatic childhood. I remember sitting on the floor of my home and my carpet next to my best friend crying to her saying, “Am I ever going to be able to have a healthy relationship while I still have these daddy issues? Maybe I am too messed up to be worthy of being loved and being cared about.”

I felt so afraid because healing, to me, is a very nonlinear experience, and I think, to some degree, I’ll be healing the rest of my life. All I could see was a lifetime of not being worthy and not being capable of a healthy relationship because of what I had been told about girls who have “daddy issues.”

Responding to people who say she has daddy issues

I’ll just stop and I’ll say, “What does that mean? What does it mean that she has daddy issues?” And then these men, and it’s almost always these cis men, have to be held accountable for what they just said. They actually have to explain what they meant when they said something that harmful.

They then have to look inside themselves and examine where that misogynistic terminology is actually coming from for them. I don’t really have to say anything else.

Pointing out the gender double standard

Another way that I often respond is by pointing out the double standard and the misogyny of saying that a girl has daddy issues, and I’ll just ask, “Well, would you say that about a cis man?”

Men also have traumatic relationships with their fathers. If a guy was sleeping around or if a guy displayed any impacts of long-term trauma in their lives, would you say to them that they have daddy issues?

The only issue she has is you

Lastly, sometimes I just get real sassy and I don’t have any patience for it. And somebody says a girl has daddy issues and I say, “The only issue she has is you ignorant piece of crap.So, think about that.”