Listening to the voices of black women and girls 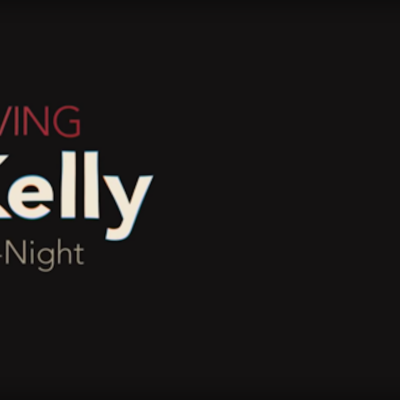 This story discusses the abusive behavior of R. Kelly, without describing it in detail.

Rape culture on the dancefloor

A year or two ago, I attended the wedding of my dear friends. As the party was winding down, and we were covered in sweat and spilled whiskey (I cannot be trusted with a drink on the dance floor), it felt so good to look around at so many people filled with joy. The DJ announced that we were getting one last jam in before the party ended, and then I heard the words, “Now usually I don’t do this but…” and my heart sank.

The DJ decided, just weeks before the #MuteRKelly movement would begin, that the pinnacle party song to close out the night out would be an R. Kelly one, and all I felt was anger. I was angry that R. Kelly, whose sexually abusive behavior over the past two decades has been well-known, still would be played. I was angry that he was receiving a bullshit benefit of separating the art from the artist, as though the countless women and girls he’s abused get to separate the trauma he’s caused from every aspect of their lives. I was angry knowing that if his victims had been young white girls then the accusations would’ve been taken seriously. I was angry that all these people dancing and singing every damn word to the song could “turn off” all the information we’ve known about him for the sake of not stopping the party. And, selfishly, I was so angry that in this night of fun and happiness that I had to think about sexual violence, again.

I pulled Charlie off the dance floor and told him that I refused to dance to R. Kelly’s music, and that I don’t have the option to turn off the part of my brain that knows too much about the kind of harm R. Kelly has caused to women and girls he’s abused. Charlie understood and took a seat beside me.

Black women have been organizing and taking action to hold R. Kelly accountable for his monstrous actions and have the difficult conversations around how a man like him, who was sexually abusing and torturing women and girls in plain sight, has been able to continue to stay a beloved musical and pop culture figure.

“No one cared because we were black girls”

This week, we’ve seen the culmination of so much of that work with the airing of Lifetime’s Surviving R. Kelly, a 6-part docu-series chronicling the two-decade history of R. Kelly’s sexual misconduct, abuse and predatory behavior. I’m careful not to go into detail about the torture and abuse R. Kelly has engaged in for decades; it’s hella triggering, and you can read about it on your own. It was produced by dream hampton and the series features interviews from #metoo founder Tarana Burke, John Legend, R. Kelly’s brother, and women who’ve survived R. Kelly’s torture and abuse.

It’s important to come to terms with how much we’ve actually known about his harm-doing and for how long. Briefly, R. Kelly was married to Aaliyah when she was 15-years-old, and he 27, after he first met her when she was 12-years-old. Her birth certificate had to be forged in order for them to be married, since it was statutory rape. That was 24 years ago in 1994. He also, very publicly, was in court for six years on child pornography charges, where in the video he is sexually assaulting a 14-year-old girl. Remember when we were kids and there were jokes about R. Kelly and golden showers? That’s what we were laughing about. That court case began in 2002, 17 years ago.

The reason I say this is because if we stopped to think about it, we’ve all known he was engaging in monstrous behavior for decades. But we didn’t really talk about it openly as a society because, as survivor Mikki Kendall says in her interview, “No one cared because we were black girls.” In the documentary, a juror from his child pornography case is asked about the girls who testified in the case against R. Kelly and the juror says,  “I just didn’t believe them, the women. I know it sounds ridiculous. The way they dress, the way they act — I didn’t like them.”

I want to be radically transparent and say that I have not watched any of the series, and the reason is pretty simple: I assessed where I am in my mental health right now and identified that right now I’m very vulnerable to triggers and don’t have the capacity to to safely watch and care for myself at the same time. I, of course, feel like I should, which is similar to how I felt when I chose not to watch Dr. Blasey Ford’s testimony. This time there is one critical difference: in this situation, it is imperative that we listen to the voices of black women and girls speaking truth to power. Too often the trauma of black women and girls is erased and dismissed despite the fact that they are the leaders actually out here doing the work to get all of us free.

So I decided that I wouldn’t watch the series, but I would read everything I could about it. And if you want to learn more, I recommend this article in the New York Times, this interview with dream hampton on NPR, and After the ‘Surviving R. Kelly’ Documentary, #MeToo Has Finally Returned to Black Girls op-ed by Salamishah Tillet and Scheherazade Tillet. I’d also like to recommend checking out BlackWomenToo.org by Color of Change, an amazing resource which visualizes the systems of oppression of black women and girls.

No more hiding in plain sight

In the brief few days since the series aired we’ve already seen two interesting developments, the first of which is that R. Kelly’s music has seen a surge in streaming. I don’t really think there’s any way to interpret this development other than a swath of his supporters doubling down on him and standing by R. Kelly. And that sucks. A lot.

But the other development is that, as a direct result of the docu-series, the Fulton County’s District Attorney’s office in Georgia is opening an investigation into R. Kelly’s abusive behavior. All the organizing and activism of the black women behind these efforts is leading to additional steps of accountability, and it’s something that all of us need to be learning from.

Holding people in my own community accountable who sexually abuse children. I’m looking at you, Woody Allen.

And while I’ve thought a lot about R. Kelly this week, I’ve also been thinking a lot about Woody Allen (god, I really hate this week). In following the leadership of black women, those of us that are a part of other identities need to be thinking about who are the R. Kelly’s in our communities and challenge ourselves to hold them accountable.

As an American Jew, I, of course, think of Woody Allen. The Woody Allen, who met his wife Soon Yi when she was between 5-7 years old after being adopted by his ex-wife Mia Farrow, and who had a paternal relationship with her. They were married 22 years ago in 1997.

Dylan Farrow, Woody Allen’s stepdaughter, has said for decades that he sexually abused her when she was seven years old. This isn’t news. Dylan first testified in court about the abuse 26 years ago in 1992.

I look at the leadership of black women such as Oronike Odeleye, the Atlanta Arts Administrator who founded #MuteRKelly and started the petition to get R. Kelly off Atlanta radio stations, and I realize how badly I want for us, as American Jews, to make sure it’s not okay to say that Annie Hall is one of your favorite movies; to make it not okay to go to a movie theater to see Woody Allen’s latest film; to make it not okay to finance, star in, or work on his movies. I want to see us take away the privilege he has wrongly enjoyed that leads us to say that we are separating the art from the artist. We have to stop that separation in order to hold people accountable for the harm they’ve been committing for decades in plain sight.

If you want to watch the documentary I recommend reading this series of tweets from Tarana Burke about considerations for people with trauma in their lives while watching the docu-series.