If you’ve been following me on Instagram and Facebook you know that I’ve been talking a lot about sex lately. It is one of the most common requests I hear from all of you dear readers, that we need to talk more about healing from sexual violence and how it affects our sex lives and intimacy. It’s definitely something I’ve written about here and here and here, but it’s been a minute!

There is so much pathologizing of survivors, in particular childhood sexual abuse survivors, about how much or how little sex we are having as problematic symptoms of our trauma, as though there is a right amount of sex to desire. I reject that entire framing and, instead, want to focus on how choosing whether or not to have sex can help us heal from sexual trauma.

One night stand #1: Having sex can be a healing experience for survivors of sexual violence!

I remember a time in my life when having sex was radically healing for me. It was the only really good one-night stand I ever had. I was 24, (I think... this memory of mine...oof. Thanks, trauma!) out with friends on some rooftop bar, and deep into my bourbon-drinking phase. Speaking of which, my body now fully shudders at the taste of bourbon. Being in your 30’s is super cool…

So back to the story: I’m was drinking bourbon with my friends and I saw this very good looking dude across the way. And what luck! He was a friend of someone I was with! He was town for one night only! He’s friends with someone I knew well enough to feel a sense of safety like he’s been vetted. I approached him, which my friend Ross later said was, “like watching a master practicing her craft” (I had game, for real), and after hours of flirting and drinking, I invited him over.

I’m sure I was wearing some hideous ratty underwear from high school, hadn’t showered in days, and just didn’t do the whole thing I normally did if I thought I’m going to sleep with someone. And I did not give a fuuuuuuuucccccccccck.

Since I knew from the jump that he was only in town for one night, the voices in my head that usually wondered what came next were silent. I knew what came next: he goes back to wherever he came from. I wasn’t worried about disclosing my trauma. If I got triggered, I could kick him out and not feel badly about it or like I had to explain myself. I wasn’t worried about what he thought about me, or what I thought about him.

With those voices silent, I was able to be fully present and completely in the moment. And because I knew I was never seeing him again, I could articulate exactly what I wanted in bed and feel fully in control and in my body. I felt calm, in control, and alive. It was awesome. Do I remember his name? No. But if I knew him now and saw him at a restaurant, I’d buy that man a steak dinner and cheers him for that really awesome healing experience.

I’ve written and talked about how problematic it is to say a girl has “daddy issues” and the slut-shaming of survivors. This is one of the many reasons why. I know, first hand, how healing sex can be. Of course it can also be super triggering, and I’ll talk more about that in future stories, don’t you worry.

But I just want to shine a light and say I see you to everyone who has found healing in sex, whether it is one-night stands, poly experiences, BDSM, engaging in sex work or with a sex worker, in a monogomus relationship, or however you find it! Especially because we see that, even in resources meant to help us, like Bessel Van der Kolk’s The Body Keeps the Score, childhood sexual abuse survivors are constantly being pathologized in regards to how much sex we may be having. It’s often discussed in clinicial terms, as though wanting sex is a negative symptom of our trauma, and not that sex can actually be healing for some of us, or simply just a part of just being a living human being with desire. All this goes to say, whatever sex you’re having, if it feels right in your mind and body, then hell yes to it all!

One night stand #2: Not having sex can also be a healing experience for sexual violence survivors!

Another time, probably the same year (again with this shit memory), I had another one-night stand. I was over at my bestie Kate’s and I announced early in the evening that I wanted to have a one-night stand that night. We went out and, again, a friend of a friend showed up. He was 6 foot and a billion inches, charming, and more than sufficient for the evening. I had more bourbon (ugh, I can taste the vanilla oakiness in my mouth right now) and we danced, and I went back to his place.

As an aside, which truly has nothing to do with the larger point to this story, this guy was in his early 30’s and his bathroom had no toilet paper, no towels, no hand soap. I was old enough to know that wasn’t... ummm... right?  But not old enough to say “fuck this shit, I’m out” as soon as I entered the bathroom.

Okay, so it was late, like 2ish, and he was trying to spit game and put all these moves on me, and I was like, brah, I came here to bone, let’s do this because I’m going to get sleepy and lose interest soon. Okay, so he was on top of me, and we’re having sex, and you know that feeling when you’ve been out drinking and the signs of a hangover are starting? When you’re a little nauseous, do NOT want any pressure on your stomach and just need to go to sleep? Like, the exact moment when the fun stops. So that hit me.

All of a sudden, for the first time in my life (boy I was young) I realized, oh shit! I can stop having sex! I can withdraw my consent! Even though he’s still inside me! I don’t have to endure discomfort for the sake of his pleasure over my own!

I told him, while he was still very much in me, that I was over it and going home. He was shocked and tried to verbally negotiate with me as I was getting dressed and made my way to the door. I had a moment of fear that because he was so physically big that he could’ve stopped or restrain me if he wanted to, but, thankfully, he didn’t. I recognize that in dealing with other humans there is an inherent risk and that the situation could’ve ended differently, but fortunately that was not what happened.

I made my way home and was so deeply delighted in myself. I felt immensely powerful.

I had a feeling that I didn’t want to be doing something with my body anymore, and I honored that feeling and didn’t try to “bare through it” even though it wasn’t as severe as, say, a trigger. I just simply didn’t want to be having sex anymore, prioritized my wants, and stopped having sex.

Looking back it seems so simple: to only do things with my body that I want to, that consent wasn’t just a notion, it was something that I could honor within myself and I needed to prioritize my pleasure. But at the time, it was revolutionary, and, in retrospect, deeply healing.

Not having sex can be very cool too. When I was single, I had intentional times of not having sex with anyone, but only exploring my own pleasure as it related to myself. I’ve gone through months of not having sex that didn’t feel healing, but I realize now that it was because those months didn’t feel like an active choice, but rather a traumatic response that I felt like I couldn’t control. I’m in one of those times right now, and if I have any insights about what helps me work through it, I will share them with you.

I want to shout out everyone who isn’t having sex. Whether you’re asexual and sex isn’t a part of how you experience intimacy, or you are choosing to abstain from sex, or you’re working through your feelings about trauma and sex, I see you.

Oh, what a journey we’ve just been on together! I took myself down memory lane (*cough, whatever’s left of it, cough*) and it’s interesting after all this time to see these experiences through the lens of healing. What’s clear to me is that feeling in control and actively making choices around sex is what’s truly healing. Maybe it doesn’t matter whether or not we’re having sex, as long as we feel empowered in those decisions.

I promise that I’ve heard, loud and clear, all your requests for more writing about sex and intimacy, and that there will be more on the way! Until then, may you enjoy having/not having sex and keep on doing you. 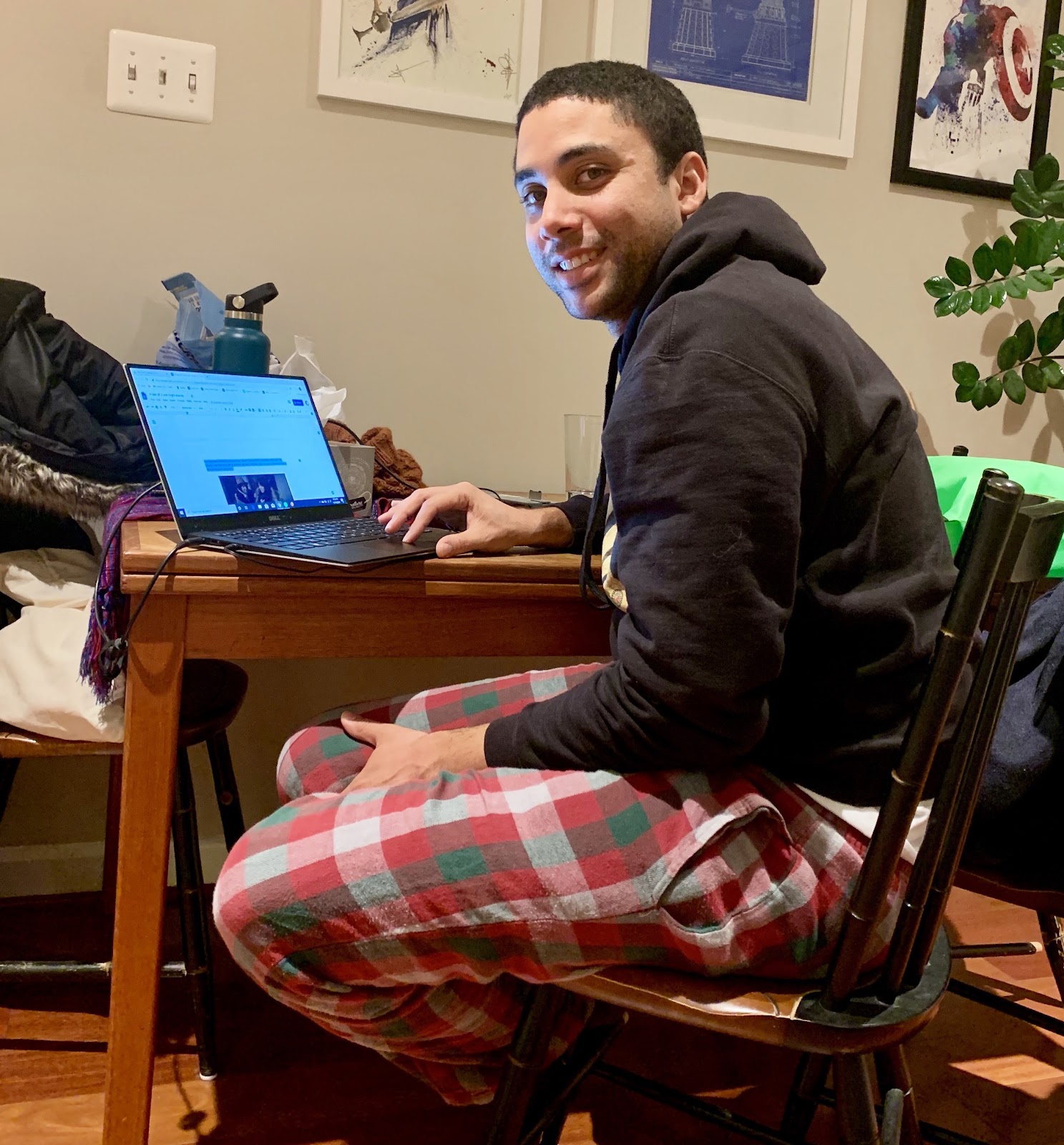 My wonderful husband who is hella secure in his masculinity (healthy masculinity for the win!) smiling while editing this story for me about the dudes I used to bang. He’s the best.

When PTSD and hypervigilance are planning your wedding for you

When do we tell someone we're dating that we are survivors?

Alisa and Charlie are in The Guardian talking about PTSD, intimacy and love.